Historian Nicholas Rogers, exploring the origins of Halloween, notes that while “some folklorists have detected its origins in the Roman feast of Pomona, the goddess of fruits and seeds, or in the festival of the dead called Parentalia, it is more typically linked to the Celtic festival of Samhain, whose original spelling was Samuin (pronounced sow-an or sow-in)”. The name of the festival historically kept by the Gaels and Celts in the British Isles is derived from Old Irish and means roughly “summer’s end”.

According to the Oxford Dictionary of English folk lore: “Certainly Samhain was a time for festive gatherings, and medieval Irish texts and later Irish, Welsh, and Scottish folklore use it as a setting for supernatural encounters, but there is no evidence that it was connected with the dead in pre-Christian times, or that pagan religious ceremonies were held.”

The Irish myths which mention Samhain were written in the 10th and 11th centuries by Christian monks. This is around 200 years after the Catholic church inaugurated All Saints Day and at least 400 years after Ireland became Christian.

Snap-Apple Night (1832) by Daniel Maclise.
Depicts apple bobbing and divination games at a Halloween party in Blarney, Ireland.
The word Halloween is first attested in the 16th century and represents a Scottish variant of the fuller All-Hallows-Even (“evening”), that is, the night before All Hallows Day. Although the phrase All Hallows is found in Old English (ealra hālgena mæssedæg, mass-day of all saints), All-Hallows-Even is itself not attested until 1556.

Pumpkin Art
Ray from Villafane Studios was born in Queens, New York. At a very young age Ray showed a knack for art; a passion that his mother approvingly encouraged him to pursue. From 1993 to 2006 Ray taught Art for students grade K-12 in Bellaire, Michigan. It was during his teaching tenure that Ray began “dabbling” in pumpkin sculpting, initially as projects with his students. After several custom-carved requests from students’ parents, Ray realized he was on to something with his pumpkins and started offering them to local hotels and restaurants. It became his fall hobby for several years.

Pumpkins — Ray’s hobby of pumpkin sculpting was brought to an entirely new level in 2007 when he was contacted by High Noon Entertainment and asked to participate in the Food Network’s Challenge Show, Outrageous Pumpkins. The exposure of Ray’s style, talent and creativity amassed an all-new appreciation for pumpkin…

My dear son what is dracula…….. 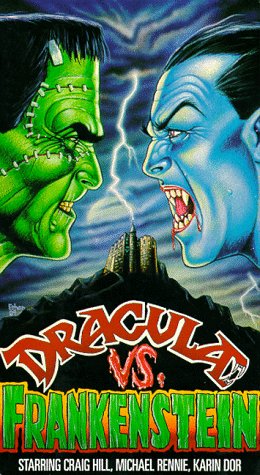 Don’t ever dine with Frankenstein;
he feasts on flaming turpentine.
He chomps and chews on soles of shoes
and quaffs down quarts of oily ooze.
At suppertime he’ll slurp some slime.
He’s known to gnaw on gristly grime.
His meals of mud and crispy crud
will curl your hair and chill your blood.
His poison, pungent, putrid snacks
may cause you seizures and attacks.
Your hair may turn completely white.
You may pass out or scream in fright.
Your skin will crawl.
Your throat will burn.
Your eyes will bulge.
Your guts will churn.
Your teeth will clench.
Your knees will shake.
Your hands will sweat.
Your brain will bake.
You’ll cringe and cry.
You’ll moan and whine.
You’ll feel a chill
run down your spine.
You’ll lose your lunch.
You’ll lose your head.
So come…
and dine with me instead.