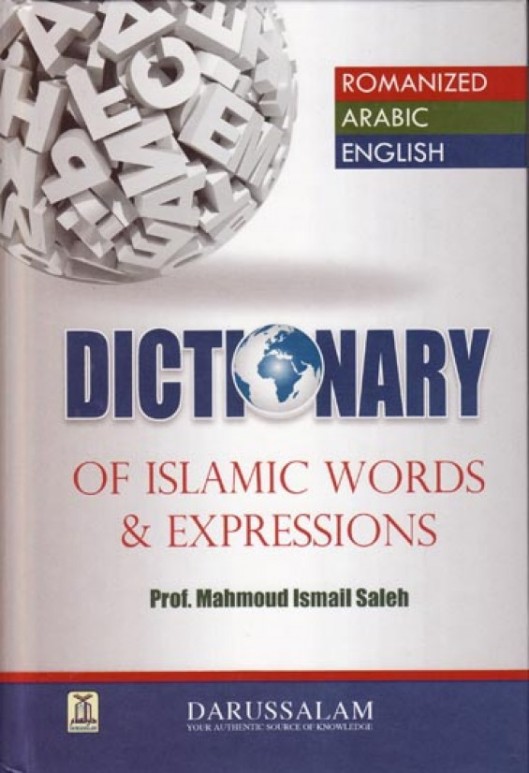 There are a number of different collections

of Islamic terms and common expressions. Here is a collection that I

have found to be most useful to explain common expressions and

‘Peace be upon him’, a formula used after the name of a prophet

The Arabic expression meaning ‘Please accept.’ Used at the end of prayers and supplictions.

‘Peace be upon you’ the greeting of the muslim

reply is ‘wa alaikumus salam’ which means ‘and peace be upon you. The

The Arabic expression meaning ‘I ask forgiveness of Allah’

The Arabic expression meaning ‘I seek protection in Allah from the accursed satan.’

expression which means ‘May the blessings of Allah be upon you.’ When a

muslims wants to thank another person, he uses different statements to

express his thanks, appreciation and gratitude. One of them is

The basmala. ‘In the name of Allah, the all Merciful the all Compassionate.’

The Arabic expression meaning ‘In the way of Allah’, ‘For the cause of Allah’ [also used to mean ‘for the love of Allah’]

misfortune, the meaning of which is ‘We are from Allah and to Him are

we returning.’ It is taken from an ayat (verse) from the Quran (ch 2 vs

[this is usually said when referring to a situation in the future e.g. inshAllah I will go to the grocery shop tomorrow etc]

does a favour. Instead of saying ‘shukran’ (thanks), this phrase is

used. It means ‘May Allah reward you with good.

Striving/Struggle for Islam, (NOT holy war!)

Allah’. This is said by a muslim when he is struck with calamity, or is

taken over by a situation beyond his control.

“There is no God except Allah.”

“For the love of Allah”

When having love for someone

‘With peace’, a formula for ending letters

A phrase literally meaning ‘What Allah wishes’, and it indicates a good omen

[example of usage, I get an A in a test, my mother would say MashAllah]

[usually abbreviated as RA or RAA]

of the Prophet Muhammed is mentioned or used in writing. IT means ‘May

Allah be pleased with him’ [usually abbreviated as RA or RAA]

The formula, ‘May Allah be pleased with them’, used after a group of companions [usually abbreviated as RA or RAA]

The formula, ‘May Allah have mercy on him’

‘May Allah bless him and grant him peace‘, the formula spoken after the mentioning of the Prophet Muhammed

Prophets or (saws) the correct suffix when referring to the Prophet

who send praise to Him’, said by someone praying when he rises from

ruku (unless he is following an imam in prayer)

is Allah.’ To honour Allah andmake Him free from all (unsuitable evil

things) that are ascribed to Him, (or ‘Glorified be Allah’)

is He and exalted,’ an expression that muslims use when the name of

Allah is pronounced or written [this us usually abbreviated as (swt)]

‘Exalted is He’, an expression used after the name of Allah is mentioned

used when leaving/departing from someone

“Allah have mercy on you”

Say this when someone else sneezes, after

you hear them say “Alhamdulillah”