Some Facts About Women’s Mental Health  to  (P 3)

Hormonal and reproductive changes can contribute to some mental health problems, and some diagnoses that women receive relate to aspects of their reproductive functions, including menstruation, pregnancy and childbirth, and menopause.

Premenstrual hormonal changes have been linked to problems that can range from mild feelings of depression or irritation to, very rarely, premenstrual dysphoric disorder, characterised by anxiety, depression, insomnia, food cravings and feelings of being out of control.

While pregnancy is widely believed to reduce depression, some studies have found that depression in pregnancy is more widespread than expected, especially in the third trimester.

‘Postnatal blues’ is a normal emotional change that occurs in up to 50 per cent of women after childbirth,  and is thought to be linked to rapid changes in hormones. It is usually brief, although it is advised that women are monitored to ensure that this is not the start of postnatal depression.

Postnatal depression and puerperal psychosis are no different from depression or psychosis experienced at any other time. Some experts believe that giving birth acts as a major stress factor that can trigger the onset of these disorders in women who are predisposed to them. Postnatal depression can begin in the weeks following childbirth, or up to a year afterwards. The woman may feel low in mood and energy, worried about her child, and unable to sleep, or even have thoughts about abandoning or harming her child.

While 13–15 per cent of women experience postnatal depression, puerperal psychosis is much rarer, affecting only about 1 in 1000. It is a serious mental illness that can develop in a woman who has recently given birth, usually with no obvious cause. The baby may be healthy and wanted, and the birth is not unusually complicated.  (See Mind’s booklet Understanding postnatal depression.)

For women who already have mental disorders, such as schizophrenia or bipolar disorder, pregnancy can bring additional stress. Some women with bipolar disorder may experience a worsening of their symptoms during pregnancy and after the birth.

Further information on treatment and services for perinatal disorders is given later in this fact sheet.

While there are no marked differences in the incidence of schizophrenia between the sexes, women tend to be older than men by three to six years when first diagnosed, often in their late 20s, and there is a further peak of onset in women after 45 years of age. There are also differences in the types of symptoms women experience and in rates of recovery. Researchers therefore recommend a gender-sensitive approach to the diagnosis and management of schizophrenia.

The type of bipolar disorder experienced by women is usually characterised by mild ‘hypomanic’ episodes, but with a greater burden of depression; researchers also recommend a gender-sensitive approach.

Substance (drug and alcohol) dependence is more common in men but the experience of substance dependence is often different for women. Traditionally, a greater social stigma is attached to women who are dependent on illegal drugs or alcohol, which can lead them to hide their problems, and choose not to access health or social care services. Women who are lone parents are particularly likely to hide their problems through fear that they may lose custody of their children. In these situations, substance dependence and co-existing mental health problems are likely to become more severe over time, with serious consequences for a woman’s health and well being.

Women are more likely than men to become dependent on prescription medication, including antidepressants and tranquillisers (for anxiety or use as sleeping pills). This is partly because women are more frequently diagnosed with anxiety and depression and given medication to treat these conditions. 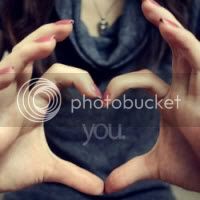